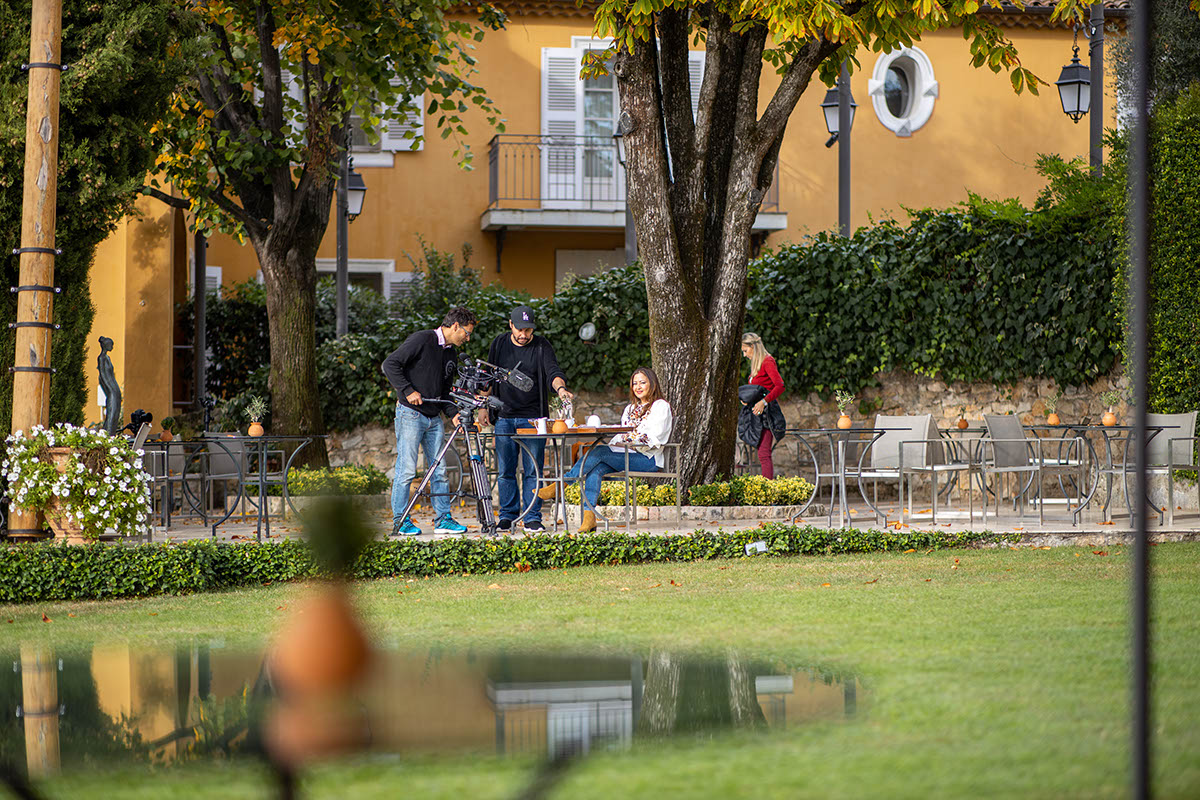 2019 is a landmark year for ACIT&IFTV. The Australian college is celebrating 25 years in vocational education. As part of this anniversary, the college is expanding its technology and will work in partnership with its sister studio, IFTV Studios to produce the influential series ‘Sonya McGuire – Empowering Women’.

Sonya McGuire’s vision is to use the power of online education to empower women worldwide. The innovative concept was born when Sonya was travelling with a government delegation in India, speaking with government, industry bodies and members of the Bollywood film industry about education reform, exports, production investment and distribution. On this visit Sonya met with Randir Kapoor (Bollywood producer and actor of over 300 films) and was fascinated to see Indian film makers at work. “I was delighted to have tea with Randir at his amazing studio in Mumbai and to take a studio tour. He and his family have been involved for generations with Bollywood film making, acting, and operate their own studios in Mumbai.”

The new digital platform is under development and provides distribution of the new series to 50+ countries and is expected soon after. Empowering Women Production will offer opportunities for women globally, especially disadvantaged women to benefit from education and entertainment on mobile phones and other hand held devices. This concept is designed to use latest digital technology technology that is accessible to women, sometimes that is only a phone or a tablet!

ACIT & IFTV delivers vocational education through a range of government-registered courses offered to Australian and international students. The state-of-the-art college attracts students from Europe, the UK, South America and Asia. It will expand its course portfolio in 2019 to include Diplomas in Business Entrepreneurship Studies with Digital media. The college has an outstanding record of graduate placement due to its industry support and its partnerships with Microsoft, Cisco, Junipers and other key industry players.

The college is located on Australia’s stunningly beautiful Gold Coast in Queensland. The setting is world famous for its white sandy beaches and relaxed lifestyle. It’s a safe and secure environment for study, play and creativity. Every year thousands of international students come to Australia to learn English and study in a wide range of professions. The convenience of public transport for commuting is an attractive feature, with easy access to international airports. Surfer’s Paradise is nearby with beaches, shopping, resort lifestyle, cafés and restaurants and a spectacular skyline. Australia’s iconic Byron Bay is an easy drive or bus trip away.

The Gold Coast, Queensland is home to a thriving film and screen production industry. The cinema, TV and digital media industry in Australia attracts millions of international tourists to Australia every year. Screen production also adds to export earnings from the distribution of scripted content, including films, TV dramas and documentaries. Revenue from Australian online content is also expanding. Australia has a pool of internationally respected actors and a wealth of talented crew, production professionals and post-production staff. The success of Roadshow Village Studios has brought many big screen productions to local studios, including Thor: Ragnarok; Aquaman; Dora the Explorer; The Chronicles of Narnia – The Voyage of the Dawn Treader; Unbroken; Pirates of the Caribbean – Dead Men Tell No Tales, San Andreas and The Shallows. Australian productions filmed on the Gold Coast include The Railway Man, Bait 3D and Sanctum 3D.